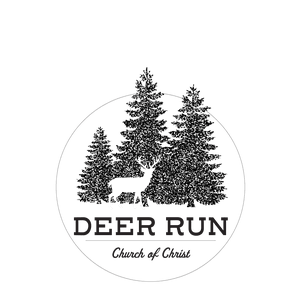 Get to know our staff and Elders. David Honeycutt has been with Deer Run since its beginning in 1998. In partnership with the Elders, he also ministers to the spiritual needs of the Deer Run congregation. David likes reading and coffee. Paul Stearns sees to the day to day operations at Deer Run and handles finances. He is married to Michelle Stearns and has two daughters, Hannah and Sarah. Paul is a big fan of the NBC sitcom, The Office. Aaron Nicks developed a passion for music and leading people to the Throne in high school. Together he and his wife Kristen have three children; Jude, Vada, and Vivian. He is the self-proclaimed most enthusiastic fan of Notre Dame football this side of the Mississippi (and the other side of the Mississippi). Tom Lemler began his Impact Prayer Ministry in 2005. He is married to Mary Jane Lemler, and together they have one daughter. Along with the prayer ministry Tom sees to the day to day custodial duties at Deer Run.

Tom is the king of one-liners! Mary Jane Lemler is the first face you'll see when visiting the office. She manages the calendar and events. When she's not in the office you can find her playing with the preschoolers and aiding in their learning and development. In her free time she enjoys taking photos and hikes around local parks. Carl Evans graduated from Ball State University and Indiana University South Bend. He has been a Christian for over 45 years. He is happily married to Mary, and together they have four children. His favorite music genre is Gospel; you never know when he will start singing. Randy Nicks has been a teacher since 1981, and currently leads in adult education at the church. He loves his wife Debbie, their son and two daughters, as well as their four grandchildren. He also loves music, playing guitar, and writing songs. He has been tempted several times to drive to Indianapolis to enjoy Skyline Chili. Jim McDonald and his wife Marilyn have three children and eight grandchildren. Together they run the best rib shack in Indiana called "Jimmy Mac's Rib Shack." On Sundays he loves playing bass with the worship team. Jacob Nhenga has a great passion for missions! He is the Director of Literacy Ministries, offering Christian education to the less privileged in Zimbabwe. He loves to travel. Larry Sanders is a member of MCA's School Board. He is married to Connie and together they have five children, ten grandchildren, and four great-grandchildren. In the winter, Larry likes to fly south to Florida. 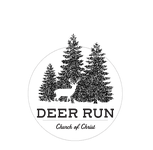